“In Fact, no one understands the ‘Nomadic Displacement of Sorts’  and the idea of ‘Trace’ better than Farmaian”    Charlene Rodrigues – Middle East Eye

” FarmanFarmaian’s multimedia works revolve around the ideas of movement and memory as they apply to the life and consciousness of a self-identified nomad. “  The Huffington Post

History, memory and the post-tribal inform the work of Persian-born artist Firouz Farman Farmaian, whose lifetime of living in exile in Paris, in Andalusia and in North Africa profoundly influenced both his creative practice and individual character. “It is circumstance that ultimately shapes lives,” says the artist, whose work seeks to actively engage in bridging dialogues between past. and future, east and west, archaic craft and innovative technology. As such, his compositions possess a vivacious and spontaneous energy, as well as a deeply symbolic quality, which speaks to a multiplicity of currents in planet  preservation politics, art and philosophy.

Originally rooted in Persian lore and focused on themes of nature, architectonics and  interplay between realism and abstraction, Farman Farmaian’s  ever evolving body of work presents deep  underlying exploratiive segments united by common motifs of movement and texture. The raw and visceral emotion of his pieces is tempered by material properties often produced and sourced within the framework of tribal collaborative craftsmanship. Each work is the result of careful contemplation of the techniques and tools that will achieve a singular aesthetic and emotional intention. These in turn are deftly combined to create a unique visual rhythm across a wide range of media, including  painting, sculpture, film, music and VR.

Lives and works in between Andalusia and Marrakech. 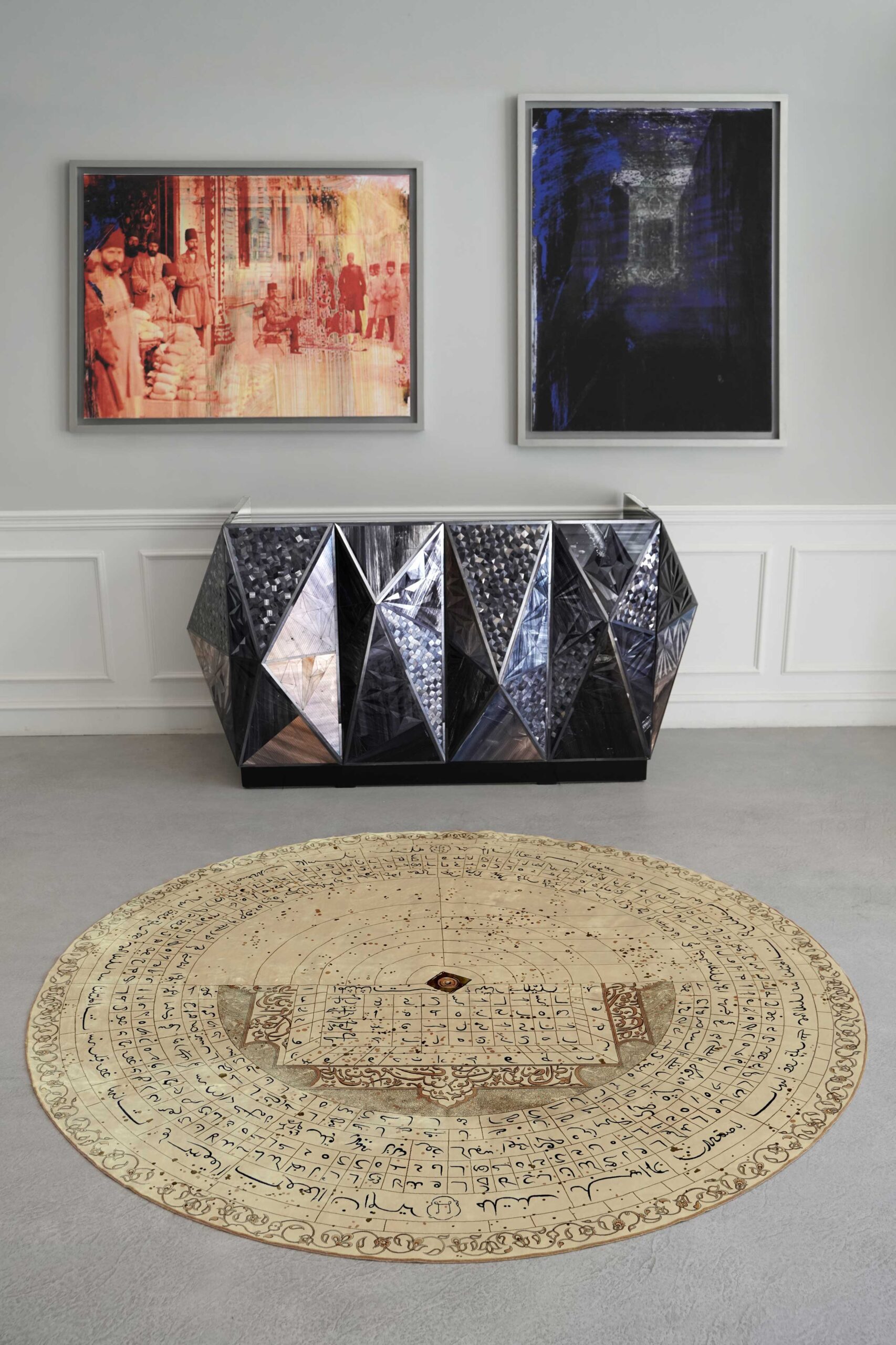