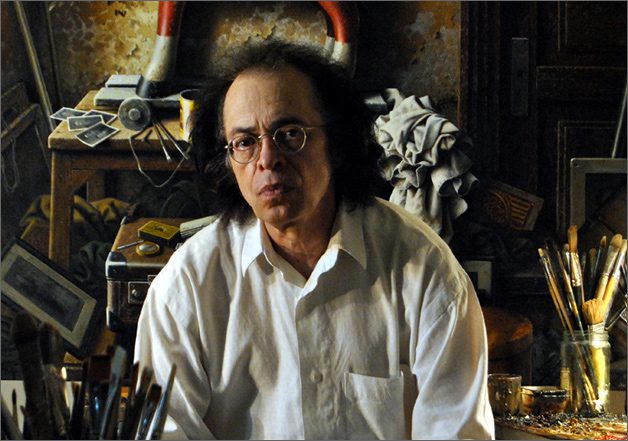 Wahed Khakdan was born in 1950 in Iran. His father was a prominent film and theatre stage designer. As early as two years old, Wahed became fascinated with painting material. Frequently visiting cinematic sites designed by his father, he was mesmerized by accessories, furniture, trees, etc. An attic room in the house, always full of old objects, like statues, toys, suitcases became his secret source of inspiration which still haunts him and constitutes his major subject matter. He later studied art at Art School and then at the Academy of Fine Arts in Tehran.

In 1984, he immigrated to Germany. His individual experience of homeland, tightly bound to drama and storytelling, has reflected in his complex, hyper-realistic paintings. A reflective yearning for the past is manifested in his deeply nostalgic approach to lost utopia, while his transnational situation has led to the assimilation of Western traditional painting devices. Accumulation, immobility, and restricted space mark his compositions. Frequent reference to scattered letters and suitcases highlight the exile experience. The objects do not immediately suggest their country of origin:
Sofas, sewing machine, the teddy bear, the hobby horse, the dismantled doll, letters and their stamps, suitcases, and labels on them, the recurrent letter ‘A’, even the poses in the photographs do not bring Iran into mind but are rather associated with European culture.
The symbolism of Khakdan’s iconography can be thus cultural or individual. Direct hints to drama, art, and fantasy are frequently recognizable through puppets and painting frames. Severe longing for home and endeavor to preserve every piece of memory is unmistakable, even in the artist’s painstaking reconstruction of every particle of dirt and dust.

Khakdan’s nostalgic approach is a reflective one. It is focused on individual stories that value details and signs. It “cherishes shattered fragments of memory and temporalizes space”. While “restorative nostalgia takes itself dead seriously, reflective nostalgia can be ironic and humorous.” It deals with memories rather than actual return to a place of origin or truth. In the same way, He does not seek to restore his historical and individual past. Rather, for him, home becomes a changing and ambiguous location, simultaneously situated in Iran and Germany, past and present, dream and reality, mediated and housed in the structure of his canvases. 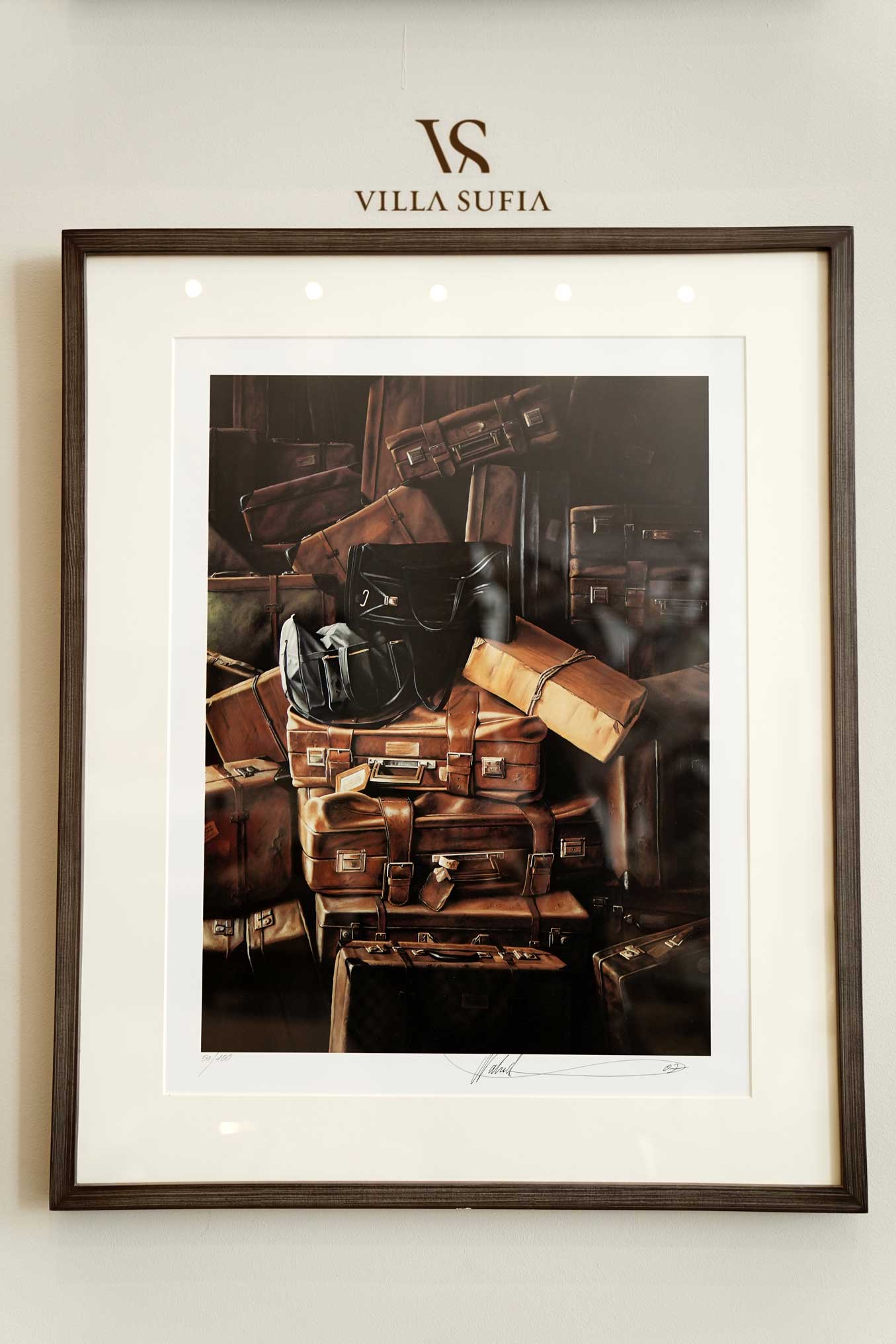 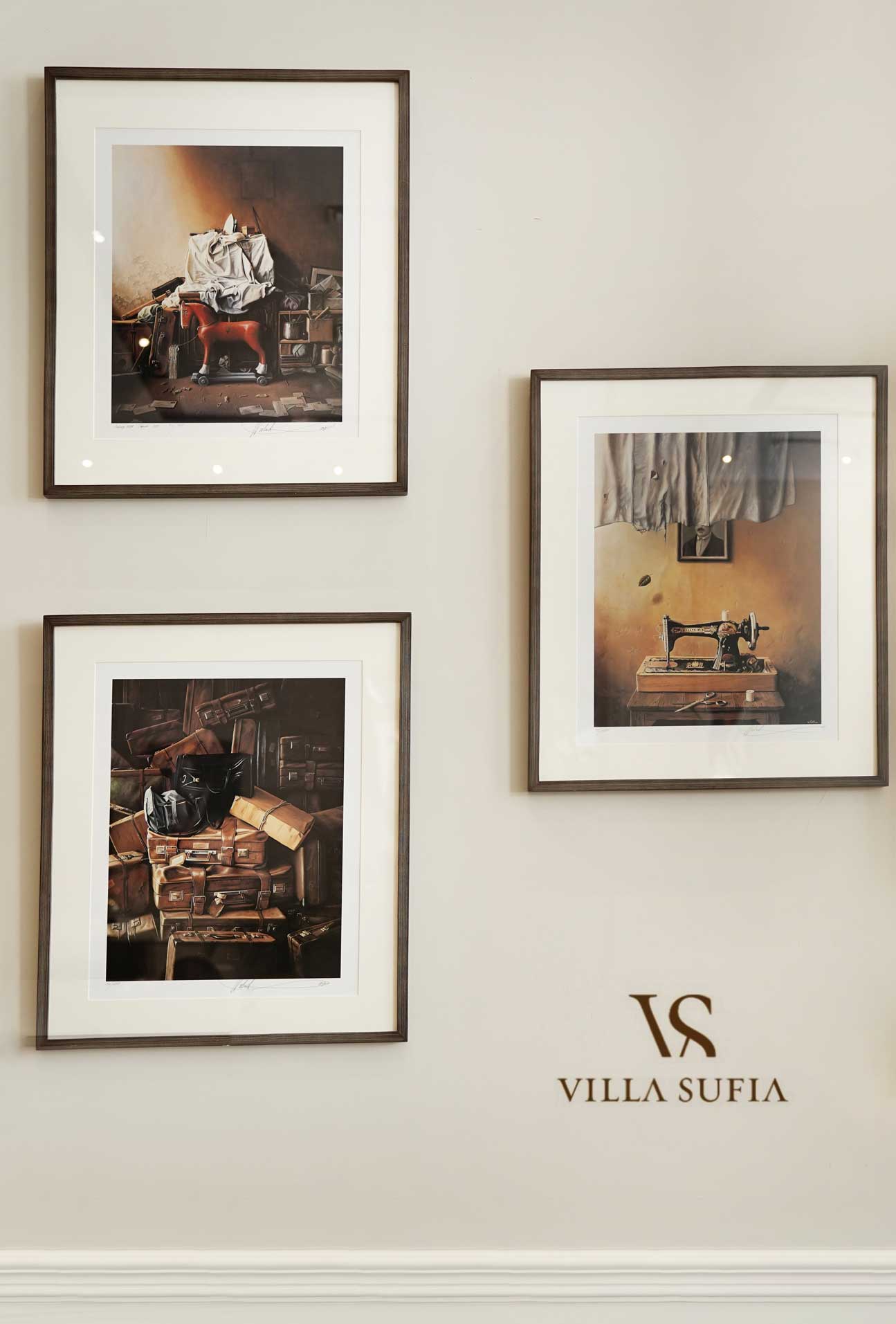